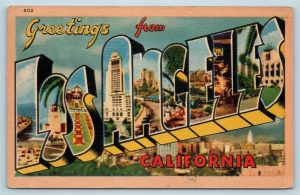 If there is something for which Tinseltown is known for, it is the abundance of pale skeletons it has managed to amass; not only are they metaphorical in nature – hidden inside the dusty motes of some actor’s closet, but some are also quite literal cadavers. Bodies and corpses which the beast is fond of sweeping under the rug.

Tragic, dreadful, macabre, devilish tales that encompass the mass of human interaction. Lover’s quarrel concluding at the end of a sharp blade; blood-curdling murders that garner international attention; doleful suicides brimming with heartbreaking remorse; abusive exhalations of dubious narcotics. Murder, assault, lewdness, mob hits, assassinations, and every other capital offense on a police squad’s academy book, all these and more are scattered throughout the Los Angeles area. Fame, tragedy and horror the building blocks of that golden place we refer to as Hollywood.

Each cultivating their own cult-like following. Each, on its own, fertilizing the landscape with mementos of the past; erecting the framework for an urban legend. To fill in the bare-bones manifold with the right amount of muscle and tissue. To create ghosts, legends, fables, fiction, and demons. To give each place its own genius loci.

These are Hollywood’s haunted castles, its fantasmal places, its frightful abodes… Enjoy.

Is there anything scarier than an abandoned hospital? Yes, one with that includes a paupers’ graveyard, a pet cemetery, a mental health ward, and a farm. Founded in 1888, as the poor communities go-to place for ailments, these devilish gatherings of buildings were abandoned in the mid-’50s. Stories abound, some make-believe, others not so much. In 2008, U.S Marines, using the installation as a training ground, discovered a morgue freezer… Inside? Well, the usual bits; severed legs, mummified feet, and jars containing the occasional piece of human cerebellums.

This intersection of real-estate has acquired a demonic glow over the years. A magnetic intensity, or supernatural pull, has constantly harassed motorized on this stretch of land. Howard Hughes crashed his experimental plane in 1946; Bugsy Siegel was murdered right on one of its corners; publicist Ronni Chasen was executed, gunshot to the chest, on the corner of Sunset and Whittier.

Erected in 1913, on the outskirts of Pasadena, the Colorado Street Bridge has cultivated the alias: Suicide Bridge. 102 people have jumped off this notorious structure. Since claiming its first victim, in 1919, this delightful bridge has been plagued by ghosts.

After his death, in 1956, Universal Studio’s Dracula has been spotted, numerous times, simply walking outside his modest apartments. On more than one occasion, the ghost apparition has been seen waltzing about, not a care in the world, seeking his favorite cigar shop.

One of the legendary hotels Los Angeles has to offer is also one of the most ghost-infested. Marilyn Monroe’s phantom is said to haunt her suite; primarily the full-length mirror that once hung there. On the 9th floor, the late Montgomery Clift – the actor of “From Here To Eternity” – a trumpet aficionado, can’t seem to put down his musical tool, molesting guest in the wee hours of the morning… not even death can keep his spirit from practicing his hobby.

This adorable postmark of Americana housed such pleasant creatures as murderer William Edward Hickman, and a drunken Lucile Watson. Lincoln Heights has been abandoned for a couple of years now, still the place is rather lively come midnight.

This sunset strip stable was originally owned by Mickey “The King Of The Sunset Strip” Cohen. Mickey, as his moniker no doubt gave away, was not a pleasant guy… He was, for all intents and purpose, a real prat; one of those that pledges allegiance to the Cosa Nostra. The basement of this hip club was employed by Mickey’s tugs as their base of operation; a convenient place where more than one “problem” was diligently, and with swift finality, taken care of. Employees claim that while walking down the stair, or fetching something from the storerooms, they can hear cries, wails, gunshots, pleas for help, and a sinister growl.

A joint worthy of a made-for-tv film; a story of lovers, murder for hire, tragic ends. The original owner, John Hampton, was a movie buff; acquiring the premises for the sole purpose of showing off his film collection. Mister egghead, used his bathtub to develop the negatives, mixing toxic substances as if they were nothing more than a cool bubble bath. The process ultimately got a hold of his lungs and little by little ate him from the inside out. With no other recourse, the odd duck forfeited the deed to his protegee, Lawrence Austin. All was going squeaky clean, until one fateful night, in 1992, when, visitors watching a film, heard a loud report coming from the lobby. On investigation, they discovered Austin had been a murder; shot to death. Austin’s lover and the theater’s projectionist, James Van Sickle, had hired a hitman to do away with Lawrence. The motive; he wanted to get his hands on the property.

Both delinquents are serving jail time. Austin’s ephemeral corpse has been spotted on numerous occasions in the cinema’s lobby while upstairs, visitors are certain the can hear footsteps and a smell a toxic odor.

Like moths to a flame, this celluloid icon attracts the desperate and downhearted; the same way that San Francisco’s Golden Gate is a beacon for suicidal personalities. Actors and actresses; civilians with not a dime to their name; spurned lovers; murderers weighed down by guilt. The Hollywood Sign has its abundance of poltergeist, each holding out a candle and a tale, ready to spook the living daylights from a happy-go-lucky tourist or a passing hiker.

Among the most well-known apparitions, there is one in particular that stands out. In 1932, the body of a blond, blue-eyed woman was discovered in a heap, below the letter H. She was rapidly identified as Peg Entwistle, a small-time comedic actress with personal ties to such Hollywood greats as Humphrey Bogart. Speculation as to why she chose to end her life runs rampant in Tinseltown to this day. Nonetheless, various onlookers and visitors swear they’ve seen her, on dark moonlit nights, jumping from the letter H, reenacting her death.

Doña Petrenillas’ creepy story has been immortalized by such writers as Michael Imlay, still, it bears repeating for the authenticity of this article. Just before the turn of the century, Doña Petrenillas’ beloved uncle, the deed owner for the Giffith Park, died unexpectedly of small-pox. Due to various turns of fate, Doña was cheated out of her uncle’s will; primarily the land on which the park now stands. Legend has it, that the purloined and tricked Doña put a devil’s curse on the property, damning all who would hold its boundaries. Since then, bad luck has befallen those who call Griffith Park’s theirs.

Both his ghost, as well as Doña’s can be seen wandering around the premise, warding out would-be invaders.

Although no evidence has ever been brought forth to validate the claim I’m about to make, it is nonetheless worth mentioning. According to urban believe – and bumpkin yarns that ultimately turn into legend – the famous theater was built over the burned-out husk of an elementary school. Ghosts? It’s a haunted house even in broad daylight.