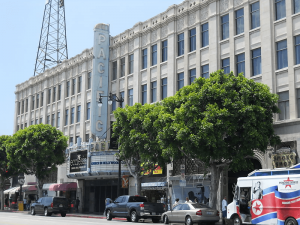 The Hollywood Pacific Theatre was among the many movie theatres scattered about all over Los Angeles, California. In the land of movies, there was no shortage of movie theatres back in the golden age of film. Prior to its opening, a lot of issues had occurred that would lead to a change in venue for a premiere of the world’s first talking motion picture. Its founder would not live to see the eventual opening of the theatre, leaving people wondering if his spirit has haunted the place. We will be talking about the history of the Hollywood Pacific Theatre and the stories of how it could possibly be one of the most haunted places in all of Los Angeles. In the City of Angels, there are places where many specters seem to be looming about. But is this place one of them? 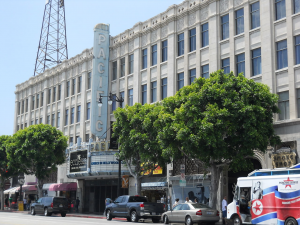 Prior to it being named the Hollywood Pacific Theatre, the original name was the Warner Bros. Theatre (while others have alternatively called it the Warner Hollywood Theatre). The theatre was designed by G. Albert Lansbaugh, who was best known for designing many theatres in the western half of the United States (including at least five theatres in the Los Angeles area alone). The theatre was owned by Warner Bros. (but was overseen by Sam Warner). The Warner Bros. film company was also in preparation for producing “The Jazz Singer”, which is the world’s first talking motion picture starring Al Jolson. The theatre was intended to be the sight of the world premiere of a film that would set the stage for many films that would feature sounds and dialogue.

Sam Warner was overseeing the construction of the theatre and was intending to open it just in time for the premiere. However, serious delays and problems with construction would cause a problem. It got to the point where the premiere for the film was moved from Los Angeles to New York. Prior to the release of the movie, Sam Warner fell ill and eventually died on October 5, 1927. He would never get to see the release of “The Jazz Singer” nor would he witness the critics raving about the film or how successful it became. The theatre finally opened six months after Warner’s death on April 26, 1928. The first film shown in the theatre was a talking film named “Glorious Betsy”. The film used a patented technology used by the Warner Bros known as Vitaphone.

As the age of films moved on from silent films, the theatre was generating success despite the ongoing Depression and later World War II. However, the late 1940s witnessed the rise of television. Slowly but surely, households in America were embracing television and its widescreen features. Because of this, movie theatres made the decision to widen the screens and feature the films as such. The theatre was one of the first in America to convert to widescreen and had successfully done so by 1953. In April of 1953, the theatre was rebranded as the Warner Cinerama. The new screens were measured at 28 feet by 76 feet and had an arc measured out to about 146 degrees. Because of the renovation project, the number of seats was greatly reduced. At one point, there had been over 2,700 seats. However, that was reduced down to 1,500 as part of the renovation project.

The first film that was premiered was titled fittingly, “This Is Cinerama”. The movie played for 115 weeks and had amassed a total well over $3 million (which was considered a record for a single film being shown in Los Angeles alone). Other Cinerama compatible films would soon follow, “Cinerama Holiday” and “Seven Wonders of The World”. The two films had amassed nearly $4 million combined throughout their respected run times. By the turn of the 1960s, the theater had begun showing films that were shot in 70mm and 35mm film. Throughout the 1960s and 1970s, the theatre had begun doing long runs of some of the most popular films of all time. The first was “How The West Was Won”, released in 1963. It ran throughout the year 1964. Later, the theatre did a long run of two films directed by Stanley Kubrick, “2001: A Space Odyssey” and “A Clockwork Orange”. The former ran for about 80 weeks. Around this time, the Warner Bros. has sold their principal stake in the theatre. In 1968, the deal was done and soon the theatre was renamed the “Hollywood Pacific Theatre”. About a decade later, the theatre had separated into a two-screen theatre each with 550 seats.

Unfortunately, disaster had struck Southern California in 1994 when the Northridge Earthquake had seriously damaged much of the Los Angeles area. On top of that, the construction of the Red Line subway had lead to extensive water damage to the theatre. The theatre was finally shut down on August 15, 1994 and was later named a historical and cultural landmark.

Despite no longer showing films, it was later converted into a digital sound lab by the University of Southern California. This was used to experiment with digital sound and other developments of technology that would later be used in films, thus making films more improved for the future. At one point, a church occupied the building and held regular services until 2013. Most of the citizens of Los Angeles believe that the theatre may be renovated and one day reopen. But the future of such a project remains up in the air. However, until then it remains a place that might be haunted by a spirit or two. Could it be that Sam Warner is still hanging around long after his death? 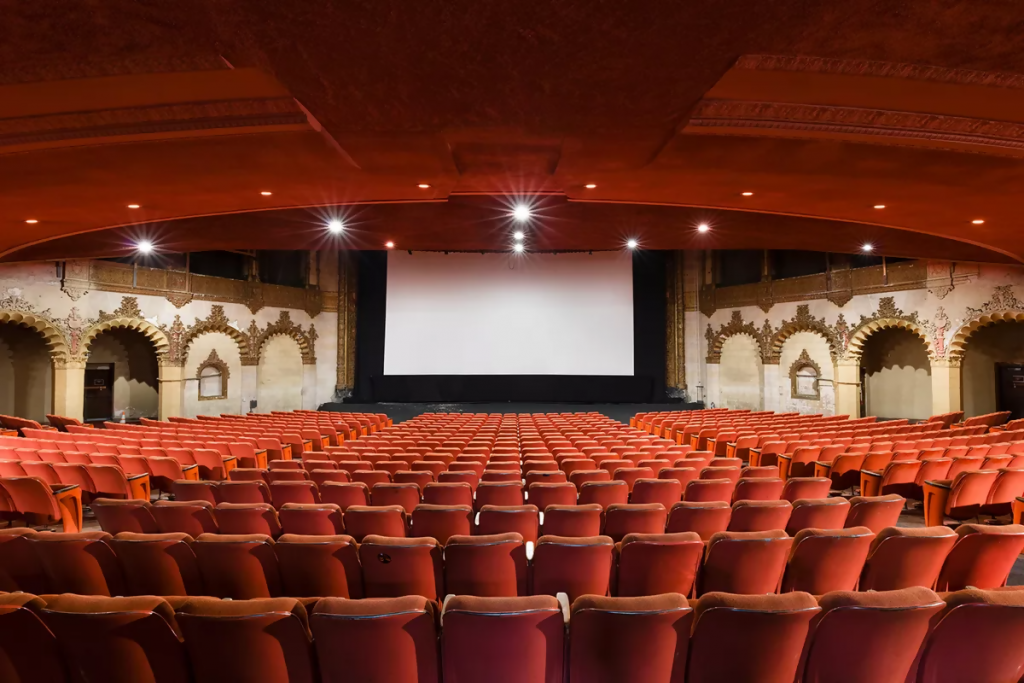 Sam Warner was probably one of the prime examples of people working themselves to death. He was attempting to set the stage on premiering a film that would revolutionize and forever change the film industry. He was so focused on it that he literally ignored the signs of his declining health. While he never got to see the fruits of his labor, it’s been said that he may still haunt the halls of the theatre even to this day. Many security guards and theatre employees have repeatedly told stories of seeing a shadowy figure wander the theatre. Even some theatre-goers of ages past have witnessed seeing someone walking about during the showing of a film. They had no idea whether the mysterious figure had left the theatre or not. Most of witnessed this apparent spirit play around with the control buttons and even ascend up the stairs towards the office that once belonged to Sam Warner. Those familiar with the executive offices upstairs would often notice things being moved around or appear out of place. It was believed that Sam Warner would still be at work in his office long after his death. Even the elevator had been reported moving up and down by itself with no occupants on board. Locals who have walked by the theater have even recalled seeing someone resembling Sam Warner peer through the lobby doors looking out to the street (perhaps in the same place where a plaque dedicated to his memory).

The Hollywood Pacific Theatre may no longer show films. But it certainly is a place worth checking out. It’s uncertain as to whether or not you can gain access inside. Yet, you might be able to run into Sam Warner himself if you happen to be strolling around in the immediate vicinity of the theatre. The theatre that was supposedly known to be the center of the universe at one time due to a potential film premiere that never happened might be the center of attention for some paranormal fanatics. If you are among those that are, you would probably check out this old theatre and say hello to Sam himself.